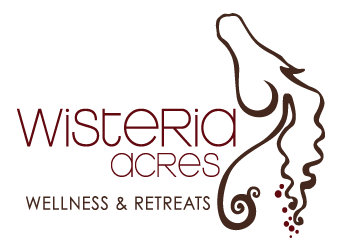 Recently I was asked to offer our Meditation with Horses experience to a corporate group planning a 2-day retreat here at Wisteria Acres.  It was explained to me that there were a few “science-minded” people in the group, and could I speak to the scientific benefits of meditation.

As more of an intuitive-feeling-based person I was aware of the many benefits of meditation, such as –

But I hadn’t ever looked further into the science behind it.  Until now …

Did you know that meditation can literally change brain matter?!

In 2011, a team at Harvard found that mindfulness meditation can actually change the structure of the brain.  Just 8 weeks of Mindfulness-Based Stress Reduction meditation was found to increase cortical thickness in the area of the brain responsible for learning and memory (hippocampus) and in certain areas that affect emotion regulation. Additionally, decreases in brain cell volume were noted in the area of the brain responsible for fear, anxiety, and stress (amygdala).  These changes were found to match the study’s participants’ own reports of their stress levels, indicating felt changes as well as structural brain changes.

Another study from UCLA found that long-term meditators had more grey matter volume throughout, indicating a “better-preserved” brain than non-meditators as they aged.

WOW!  Those are some serious benefits.

And it seems these proven benefits are being embraced by a number of highly successful and influential people in the business world today:

Richard Branson – Founder of the Virgin Group (including Virgin Records, Virgin Airlines to name just two of his 400 companies).

Padmasree Warrior – Chief Technology & Strategy Officer of Cicso Systems; named by Forbes as one of the top 100 most powerful women in the world.

Jerry Seinfeld – Comedian/Actor of the sitcom Seinfeld and one of the most successful entertainers in the world.

Meditation offers time for quiet relaxation and heightened awareness in a busy world where our senses are often overwhelmed with distractions.  It can take on many different forms – for some, it is still found in the ritual of sitting silently cross-legged on the floor, eyes closed, focusing on the breath.  For others, it can be found in the gentle coordinated movements of Qigong or yoga.  There are Guided meditations that lead us on an inward journey, and Transcendental meditation focussing on sound or mantras.  There is Zen meditation that teach us how to ‘let go’ and Mindfulness meditation that teach us ‘presence’.

Whichever form calls to you, the benefits are clearly indisputable.

If you are interested in experiencing our monthly ‘In the Presence of Horses – Meditation Circle’ you can check out our events page here.